Five years ago, Jon Huntley moved onto MPTF’s Wasserman Campus to receive services to help him battle ALS, a nervous system disease that impacts physical function. Jon had a Masters in Film and Production from USC. Little did he know that when he moved in, he’d finally put his degree to work. Over the past year Jon had been working on a script and approached Director of Media Jennifer Clymer about producing it: “[In that moment] Jon told me that editing for MPTF22 was the best medicine for ALS. I knew that we needed to make his script into a reality to continue his creative purpose.”

Over 100 volunteers, ranging in ages from 9 to 107, played a part in realizing Jon’s vision. People from all sectors of the industry–from aspiring high school and college students to members of IATSE, musicians, MPTF NextGen members, and retirees—took on a role in making his film.

Sunday July 15, 2018 they saw the results of their hard work at a special viewing party hosted for cast and crew at the Louis B. Mayer Memorial Theater. Jon sat front and center during the two near-capacity screenings of Matt and Maya then joined in the lively reception hosted by Carol and Bob Beitcher and MPTF’s Employee Payroll Pledge Fund. It was a true celebration of how our community came together and shared their skills and resources to help an individual realize his creative vision.

Director of Volunteer Engagement Fredda Johnson notes: “Many of our volunteers have been touched by the services MPTF provides and some of them are paying it forward.  All the volunteers are playing their part in carrying out our mission of supporting the entertainment community by living and aging well with dignity and purpose. Matt & Maya was a wonderful example of this.”

See photos from the cast and crew screening here. 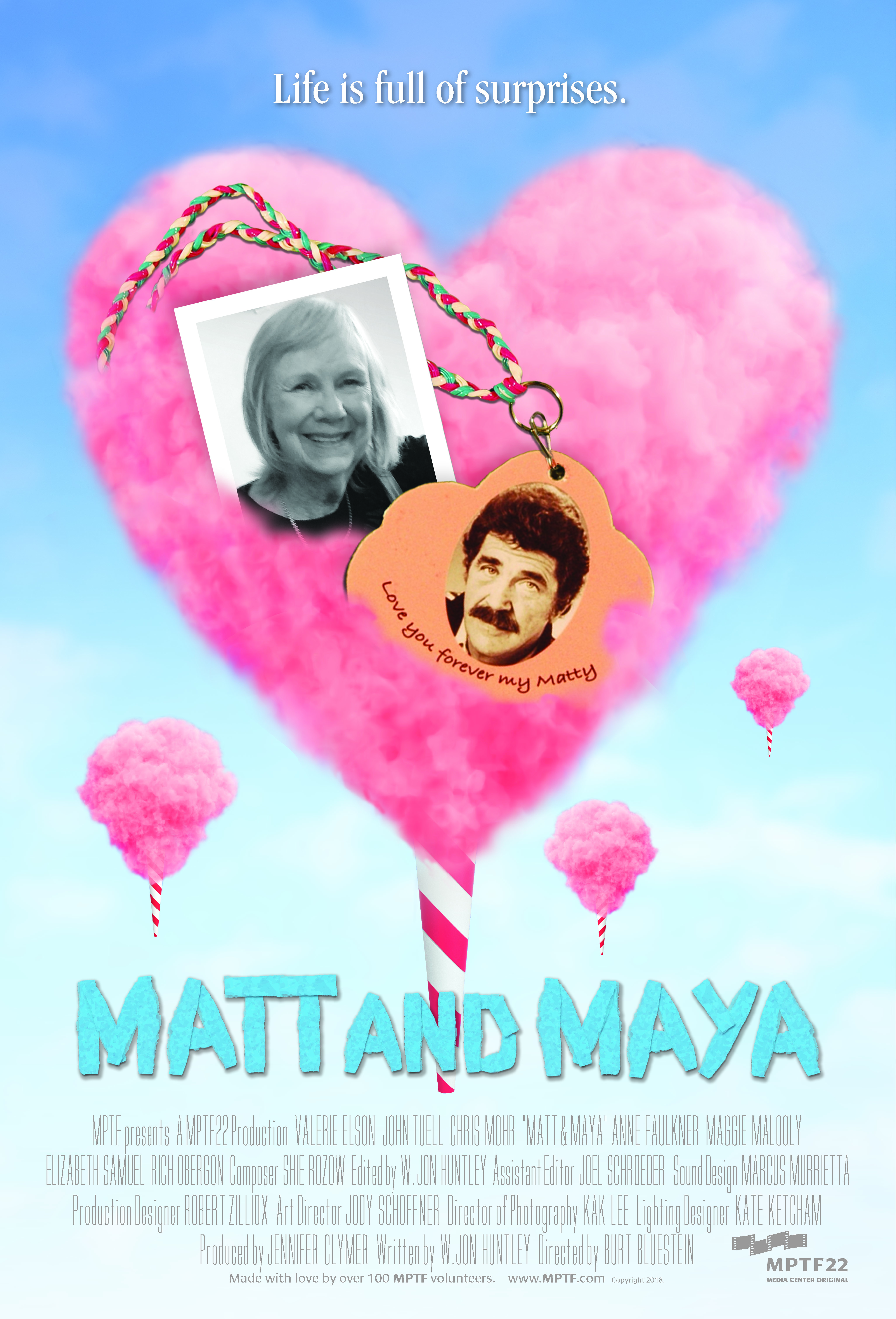