Many of the people you’ll find in Hollywood or on our campus began their careers with a dream, but MPTF’s Tiffany Lawrence has one that’s a little different: to be a probation officer. However, after working in the juvenile justice system for three months, Lawrence decided to change course and applied to USC’s School of Social Work—without really knowing what social work even was. As a student-intern, Lawrence gained her first experience working with older people. “And ever since then,” she says, “I knew that’s what I wanted to do.” 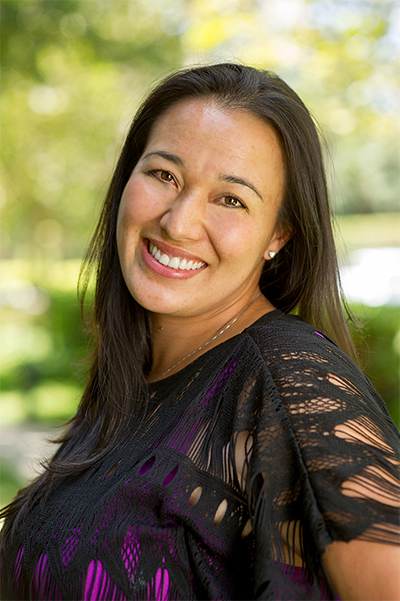 Since Lawrence joined the MPTF staff in 2009, she has cared for several hundred residents. (She currently has a caseload of forty.) Lawrence describes her roles as an MPTF social worker and its Long Term Care/Harry’s Haven Admissions Coordinator as providing residents with “quality of life toward the end of life.”

“I really love what I do,” she says—and knows she is doing it well when she sees her residents flourishing. To Lawrence, this can mean a resident finding a sense of purpose, or even just their voice. For one restless resident who valued safety and wanted to work, Lawrence helped create an unofficial post of safety officer. The two now spend time roaming campus together and making sure the lights are working properly, the fire sprinklers are clear, and the gates are secure. In the process, she has seen him feel more and more vital, even youthful. “You don’t need to be independent to be free,” she reflects.

By caring for her residents and helping them develop ways of expressing themselves, Lawrence is also helping their families. “It’s all relationship-building. I’ll tell a family member, ‘Now you can be the wife again.’ Or the husband again. Or the daughter again. Because you no longer have to be the caretaker.”

Another way Lawrence ensures quality of life for her residents is to be open and authentic with them. As the residents tell her about their families, she is open about her own. Residents know about Lawrence’s husband and children; some ask about her family every time they see her. She’s seen the effect this has on the residents, helping them feel connected to the outside world and prompting them to share more of themselves. “It’s a conversation back and forth,” she says. “They learn from me and I learn from them.”

In fact, to Lawrence, the residents are her family. “When you’re with someone every single day, how could they not have a piece of your heart, a piece of you?”