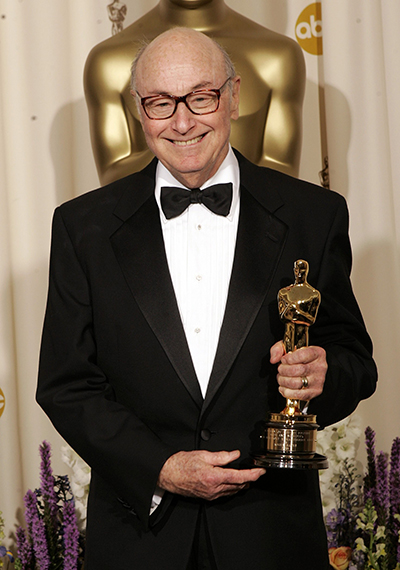 Roger Mayer was president and chief operating officer of Turner Entertainment Co. from 1986 until his retirement in 2005.  In 2005, he was presented with the prestigious Jean Hersholt Humanitarian Award by the Academy of Motion Picture Arts and Sciences and won an Emmy as Executive Producer of the PBS documentary “Judy Garland: By Myself.”

Mayer started in the motion picture industry in 1952 as a lawyer with Columbia Pictures, where he later became a general studio executive. In 1961, he joined Metro-Goldwyn-Mayer as assistant general manager of the studio and progressed through a variety of executive positions, ending up as senior vice president – administration and president of MGM Laboratories, Inc. His association with MGM covered a span of 25 years.

He was a longtime board member of the Motion Picture & Television Fund and served as the board’s chairman for eight years. He was a member of the National Film Preservation Board of the Library of Congress and chairman of the National Film Preservation Foundation.  He was a member of the Academy of Motion Picture Arts and Sciences and of several of its key committees, and had served as Vice President of AMPAS and on its Board of Governors, as well as on the Board of the Academy Foundation. Mayer was active in these roles until his passing.

He is survived by Pauline, his wife of 62 years, his daughter Patty, his son Larry, Larry’s wife Jennifer, and his two granddaughters Natasha and Anna.

In lieu of flowers, the Mayer family requests donations be sent to the Motion Picture & Television Fund or the National Film Preservation Foundation.

For 90 years, MPTF (Motion Picture & Television Fund) has served as a beacon of hope for entertainment industry members in their time of need. As a charitable organization, MPTF provides financial assistance and services essential to the wellbeing of the community and is a leader in the development and implementation of services and programs for seniors and those who care for them. MPTF is supported by the generosity of corporate donors and fellow entertainment industry members who contribute their time and money because they believe in the critical importance of Hollywood Helping Hollywood. For more information, visit www.MPTF.com or follow @MPTF Facebook/Twitter.